Kathryn Lawrence
How much would you pay to meet your soulmate?

Finding someone to love is hard, and it isn't cheap either.

According to an annual survey by Match.com, the annual amount an unmarried person spent in the last year on dates was $1,600, and the "Dating Services" industry itself, including Match Group (which owns Match.com) and eHarmony, among other phone, internet, magazine, and newspaper matchmaking services (apparently those still exist), has surpassed 3 billion dollars of revenue.

And like most things in our modern world that take a lot of money and a lot of time to perfect, technology is making it... well, actually more complicated, instead of easier.

Most people have an idea of the type of person they want to be with, but a recent study by behavioral economists Stephen Whyte and Professor Benno Torgler showed that in online dating, these checklists go out the window.

Illustration by Jimmy Simpson via GIPHY

What if technology could analyze every aspect of you as a person, from your childhood to your genetic makeup, and determine your perfect match? How much would you pay to meet that person?

With the constant surveillance of technology, and the amount of data collected on individuals, it shouldn't be hard to put two and two (or one and one) together. China recently started requiring that its citizens register with their national ID number on dating sites, which connects them to data about literally everything they touch: their locations, consumer behavior and credit score, online speech, and everything else. Instead of seeing this as a dystopian nightmare of lack of privacy, why not see it as an opportunity for technology to do something good (for once)?

Unfortunately, no one has figured out the algorithm of love yet, but there are some great examples in media and some not-so-great examples from the love lives of men on the vanguard of technological innovation that give us hope for the future of dating in the digital age. Could technology make it cheaper, faster, and easier to find love?

Black Mirror provides us with a lot of fodder for our "what if technology... but too much?" musings here at MONTAG, but only in its third series' episode San Junipero, did it show us for the first time a future with technology that brought people closer together, instead of isolating, torturing, and/or murdering them. Series four had its own heartstring-pulling episode, Hang The DJ, and if you don't want spoilers for either episode, stop here.

In both, technological interventions provide a basis for people unexpectedly falling in love within a simulation. In San Junipero, which won two Emmy awards last year, it's through technology that allows people to upload their consciousness to a virtual vacation town, to continue living in a simulation as young and healthy versions of themselves past illness and death.

Similarly, in Hang the DJ, the couple is also inside a simulation, but the nature of their reality isn't revealed until the very end of the episode. In this program, they have literally nothing else to do but go on dates and form relationships of varied durations with people assigned to them by an all-knowing artificial intelligence system to find their perfect match. When the system fails to pair them up for life, they rebel and break through the simulation, revealing that 998 out of 1000 times the dating app has run the scenario forcing them apart, they perform the same act of rebellion. What feels like years of algorithmically-driven dating and misery turns out to have taken place in the space of a few seconds inside both of their smartphones as they meet at a bar IRL.

While the majority of viewers laughed or cried with happiness at this conclusion, critics at Wired and Mashable took umbridge with the happy ending's portrayal of the future of digital dating. Devon Maloney points out in the former that while San Junipero makes it easy to believe a virtual happily ever after could be possible, Hang the DJ's simulation, which doesn't take into account variables like work, family, and concerns outside of a romantic relationship, is still being performed by all of us at the rate of one lifetime per lifetime. Peter Allen Clark in the latter characterizes the final plot point of the app getting it right as a missed opportunity to delve into the potential horrors of online dating taken to the extreme.

The totalitarian environment that Hang the DJ's couple finds themselves in is reminiscent of the 2015 film The Lobster, in which single inhabitants of a dystopian city are sent to a hotel to pair off in a similarly stifling and unromantic way. The environment of both lacks overt hostility, and a degree of luxury permeates the living spaces. Vulture's Kathryn VanArendonk called it a "world-sized West End catalogue," and she isn't wrong. There's something to be said for the unreality of dating in a world where you don't have anything else to do except swim, play squash, walk through beautiful parks, and inhabit a series of perfect cottages. Who knows how their real selves, meeting in a bar blasting The Smiths, will actually react outside of the perfect simulation environment.

In real life, if a dating app or algorithm were designed to match people together and quantitatively judge their interactions to find their perfect match, the question becomes how to create a setting in which human interactions can be analyzed to this degree without having them feeling more like lab rats than love bugs. 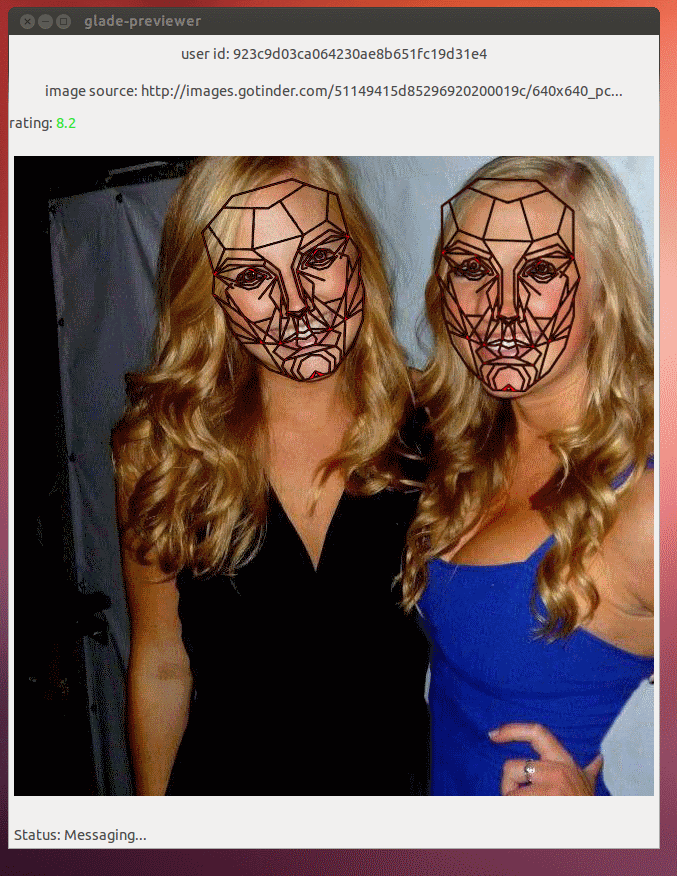 The founder and ex-CEO of Rosa Labs, the company that proudly quantified the only other thing besides sleep that is better than romantic love (food) into a soulless paste, has some ideas about optimizing the dating environment with technology. Originally published on his now-defunct personal blog, Rob Rhinehart's "Engineering The Perfect Date" is a great example of the potential for technological overcomplication. While it seems to have been written as a satire, aspects of the automation of the mate selection process are eerily plausible.

As they say, time is money, especially in the tech world. So here's Rhinehart's formula for spending the least amount of time possible "dating," for maximum results:

This is the world we really live in: instead of using technology to get to know each other on a deeper level or test our bonds, it makes the experience of meeting and being intimate with people completely interchangeable. What could be personalized, becomes anonymized to an absurd degree.

And if you really want to save time, don't bother with all of that algorithmic matching or looking for love nonsense. Just let one of these robots swipe for you and then go throw your phone in the ocean.

Permalink
The Bonfire of the Frugalities: Alternative economies (and how capitalism tries to ruin them) →
← Can money buy happiness? Is happiness a vat full of goo?